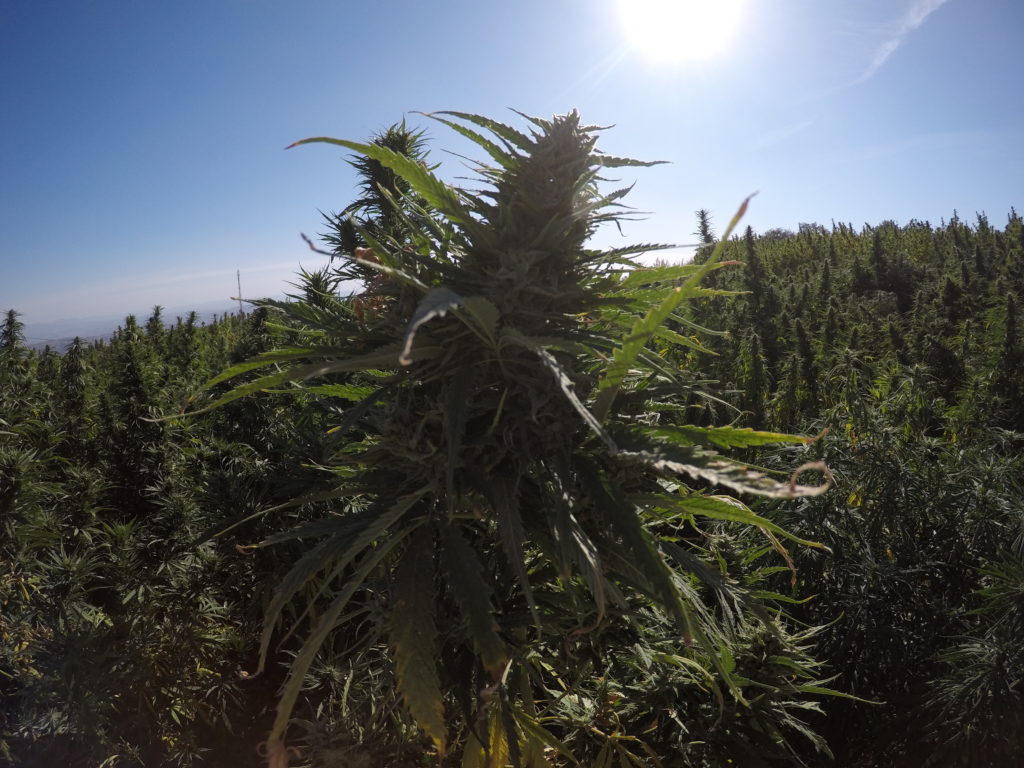 What’s good, my cannabinoid compadres? Professor Harvest here with an update on a bit of number crunching done especially for you. If you lot are anything like me, this kind of stuff is going to be music to your ears. Sometimes, you just can’t resist going over some statistics, looking at a few neatly arranged lists and graphs that get you the cold hard facts at a glance. Heck – if you get the right kind of figures together, you may even learn a thing or two, because statistics can be pretty surprising little eye-openers at times.

The reason for making this data-driven sortie was a report I stumbled upon by New Frontier Data, an emerging leader in the field of data analysis concerning the global cannabis trade. They aim to facilitate cannabis entrepreneurs by handing them useful information on market trends, which is nice if only because of the complete absence of reliable data on the topic thus far. Being the genuine science fanboy that I am, I immediately tried to dig into their published reports and tried to make some sense of it all.

And The Winner Is…

That’s when I came across a surprising result. Not bothering to read all the background information and introductory notes, I skipped straight to the section with all the nice and colourful charts in it. What caught my attention was a neat list of the world’s leading countries when it comes to marijuana use. Could the Netherlands be world champion here? Are the Americans leading the charge, what with their recent splurge of legalisation and tolerant commercial climate? Canada perhaps? Or possibly Uruguay, which has become something of a weed Mecca after legalising use largely across the whole country? It turned out I was horribly wrong – the world’s most prominent smokers are in fact not even from Europe or the Americas at all.

So what seems to be the most prominent smoking country today? It’s Nigeria! Yes, that’s right: Nigeria, that central West African nation usually associated with exploitation by oil corporations, huge ethnic and religious diversity, a budding population of nearly 200 million souls, trouble containing Boko Haram militia, and a national economy that is often seen as an example for all of Africa to follow. Is that enough to account for exceptional levels of marijuana consumers? Hardly, it would seem. Still, the figures indicate that a whopping 19% of the population smokes ganja, with at least 12% toking once a month or more. So what the heck is going on in the country that makes for such prolific smoking? I tried to find out and delved into the demographics of the place.

First off, let me point out that ganja is definitely not legal in Nigeria. Overall, scientists have found that liberal drug policies usually go hand in hand with greater use, but Nigeria is an exception here. Nonetheless, Africa as a continent is shown by the same figures to be the third leading continent in overall marijuana use, with Nigeria topping the list, followed by Ethiopia and Morocco. That ranks Africa above Europe! Makes me wonder which are the actual developing countries, to be honest… Still, illegal smoking means illegal production, so many African people – Nigerians in particular – must be risking their freedom in order to grow cannabis.

Livelihoods Up In Smoke

That turns out to be the case, at least, according to estimates, as these illegal operations are almost impossible to investigate without putting farmers at risk. Still it seems likely that cannabis as a crop is more lucrative as a source of revenue than most of the other crops farmers can grow without the help of big agribusiness. Products such as cocoa, sesame, cassava are used for internal markets and export, and increasingly, palm oil is the main focus of the big players in the Nigerian agribusiness. Still, even though Nigeria is relatively wealthy compared to many neighbouring countries, poverty levels are still at around 60%. It seems as if growing a bit of weed on the side to make some extra cash is a viable way for farmers to support their families.

Cannabis has been around in Africa for a long time, but local popular culture only started to weigh in on ganja since the mid-twentieth century, at least in Nigeria. Interestingly, the country is unlike other African nations in that it has no religious or spiritual traditions linked to cannabis. When weed hit the scene, government clampdowns followed suit, but the habit stuck. Today, there is a thriving cannabis culture in Nigeria, with a suspected majority of youthful users in the age group between 15 and 30 years old.

No Why For The High

Sadly, no information is available on the reasons for these high percentages of cannabis fans among the Nigerian people. It could be just recreation, or there could be other motivations at play here. There sure seems to be enough social friction and ethno-religious anxiety to warrant yearning for a toke every now and then. The lack of information and insight is a real pity, especially when you consider that the government has been taking a rather dubious stance on the matter. Officials have been linking cannabis consumption to a whole range of criminal behaviours and moral deficiencies – just like we have seen in Europe and the US in decades past. Perhaps if some serious research could be conducted, science could prove that these links are fabrications. At any rate, there seems to be a serious set of double standards at play among government officials. Theoretically, you could get in serious trouble with the law if you got busted carrying weed in Nigeria, but corruption and bribery prevent most users from ever winding up in jail.

In fact, there are areas in Nigeria where cannabis is smoked openly without any real fuss. They even have a type of cannabis cafés that aren’t all that different from Dutch coffeeshops. You can sit down there and smoke your spliff in peace, but again, that’s only until some cop decides it’s time to set an example, or is just having a bad day and plans to take it out on some poor stoner. To me, that seems like questionable policy in a country notorious for being the main African hub for transhipment of ‘hard’ drugs like heroin and cocaine…

So, what do you think: could it be time to start discussing legislation in Nigeria, or in Africa as a whole, for that matter? It seems that the Nigerian economy would be one of the first to benefit. Taxing the cannabis trade would surely fill the nation’s coffers, but that would not be the only advantage, of course. If farmers could openly grow ganja on their land, instead of hiding it among the legal crops or diverting to some hidden plot out in the forest, they could legitimately boost their own income. That would go a long way towards feeding their families, sending their kids to school, and cover a whole range of other expenses without risking arrest, or worse.

It appears that the West is no longer leading the charts when it comes to cannabis culture – except if you count West Africa, that is. Personally, I wouldn’t mind popping over to Nigeria and enjoying some homegrown weed in the shade of some palm trees, but it may be wiser to wait a bit until they get their legalisation underway. I’ll be keeping an eye out for more interesting facts on the world of weed; in the meantime, you can always count on Amsterdam (Genetics) to get you that world-class high you’re looking for!