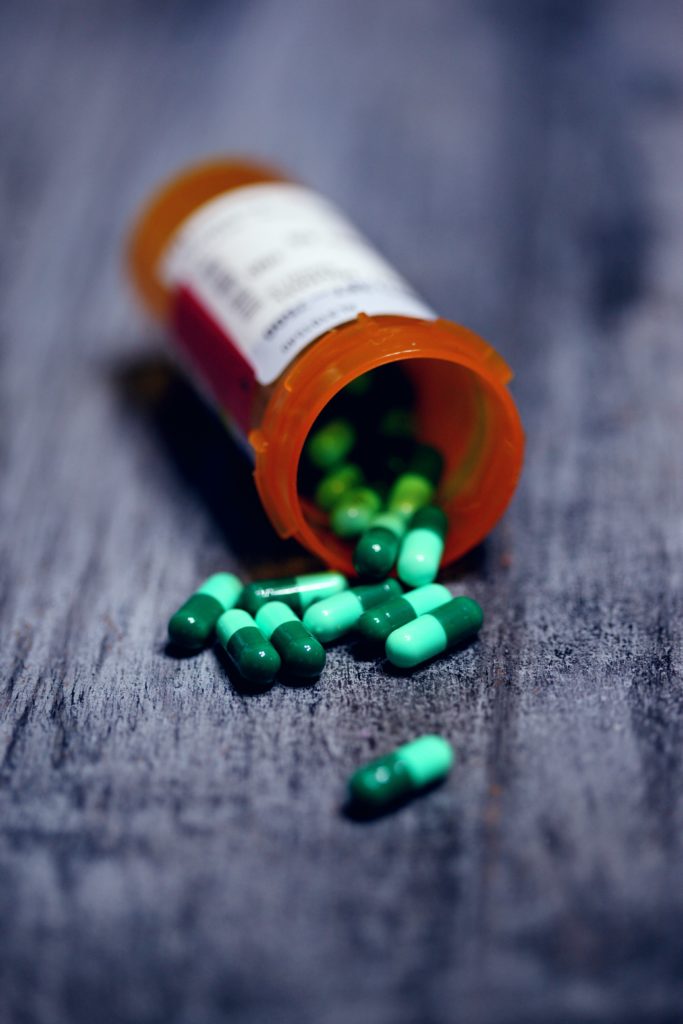 In its recent official statements, the World Health Organization (WHO) is very clear about a global trend that could become extremely dangerous to all of us if left unchecked. Although this threat is already costing human lives as we speak, the risks involved in the rise of drug-resistant ‘superbugs’ are expected to increase dramatically in the near future unless we find a way to stop it. As WHO officials state: “antibiotic resistance is one of the biggest threats to global health, security, and development today.” In the race to find ways of overcoming these superbugs, attention now focuses on CBD, or cannabidiol, drawn from our much-loved cannabis plant. It’s all still early days, but weed may yet prove to be a key part of saving the future of the human race as we know it…

The War On Bugs

The superbugs issue is officially known as AMR, or AntiMicrobial Resistance Through AMR more and more bacteria are becoming superbugs, resistant to any regular treatment using antibiotics. AMR can turn relatively simple infections into life-threatening situations, as microbes that used to die from standard medical treatments turn into unstoppable killers while the world’s arsenal of effective drugs is rapidly losing its effectiveness. Surprisingly – at least to many in the mainstream medical community – cannabis could provide humanity with new weapons to stay on top in an upcoming War On Bugs.

What Is AMR And Where Did These Superbugs Come From?

Antimicrobial resistance is in fact a problem that we brought upon ourselves. The main issue is that bacteria can grow resistant to the drugs we use to treat them, chiefly because we are sloppy in our use of antibiotics. When Scottish scientist Alexander Fleming discovered the antibiotic penicillin in 1928, the world made a serious leap in improving human health and untold millions of deaths have been prevented since then. At the same time, we became complacent: antibiotics have been so widely used, and patients have used them so carelessly without completing their treatments, that many common bacteria have now mutated to the point where those antibiotics can no longer kill them.

The problem is escalating rapidly. Antibiotics are now found in sewage water, in the soil, and even in the air all over the world, giving bacteria ample opportunity to develop resistance. Widespread use of antibiotics in cattle farming has flooded our food supplies with these drugs, increasing resistance even further. On top of this, global mobility has enabled resistant bacteria to spread across the globe in a matter of days, even hours, making untreatable global epidemics an ever more likely scenario.

Now, the race is on to find new effective drugs to stop bacterial infections – but we seem to be losing this race. Every year, more people die from infections that used to be treatable using regular medication. In fact, WHO reports have warned that superbugs may soon kill more people than cancer, heart disease, or any other medical cause of death. AMR could also make treatments such as chemotherapy or even regular dental surgery more dangerous, because of the risk of contracting infections as side-effects. It’s easy to see why pharmaceutical companies should be scrambling to find new solutions to the superbugs problem. Thing is: they’re not. The WHO has worriedly pointed out that Big Pharma has few financial incentives to develop new antibiotics, and in fact, no new types have been introduced in the past thirty years. This summer, however, scientists came up with a promising lead to tackle this potentially devastating problem.

Looking At You, CBD…

Recent research findings have opened up new possibilities for the use of CBD to treat this serious threat to human health. Although experiments are still at a very early stage, with experts urging caution about drawing preliminary conclusions, synthetically produced CBD seems to work as an antibiotic against a range of well-known bacteria causing infections under lab conditions. Careful conclusions are being drawn as we speak and calls for further research have been issued. Even though these were only in vitro experiments, with carefully controlled conditions using bacteria in petri dishes, we could be on the way to discovering that CBD is a real lifesaver when it comes to tackling superbugs,,,

CBD As a Next Gen Antibiotic?

Experts were quick to point out that it is nowhere near safe to start self-treating your infections with CBD, so be advised – do not try this at home… yet. Trials testing CBD as an antibiotic on human subjects are being planned, but let’s not get ahead of ourselves. Many different substances show antibacterial properties in petri dishes, and whether they work in real life is a different matter altogether. Still, researchers have been claiming that CBD and other substances found in cannabis, including terpenes, have anti-inflammatory properties. So who knows? Just maybe, twenty years from now, your doctor will be prescribing you a fat bag of CBD-rich weed to cure your inflammations