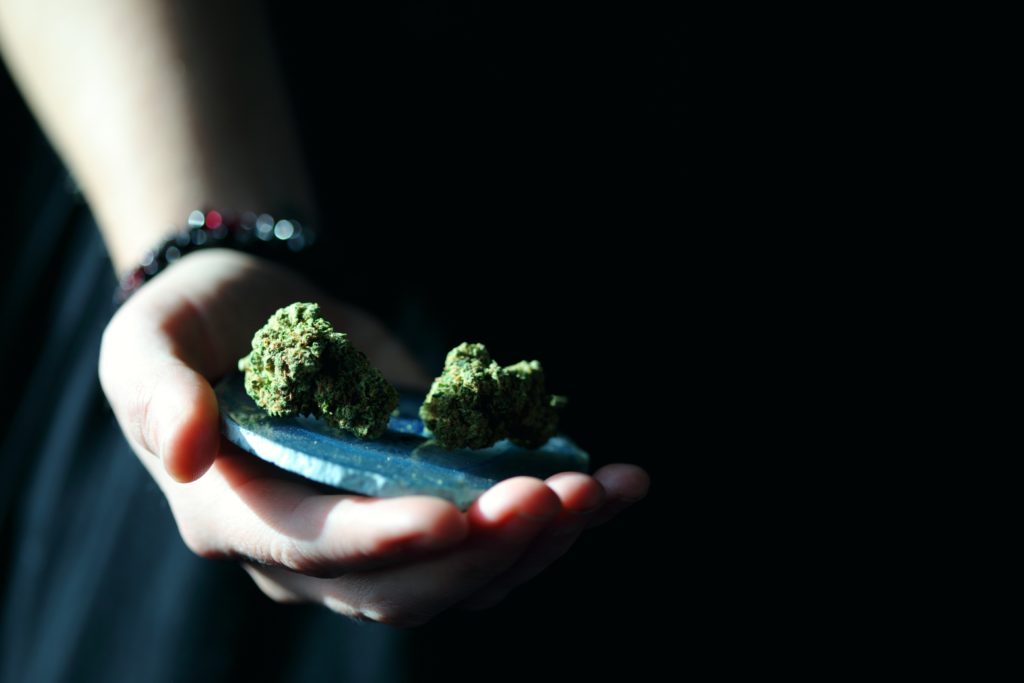 Hi there, my fellow cannabis community members! This is your very own Professor Harvest, safely returned from an extended holiday due to some… issues with the boys and girls at an undisclosed foreign customs office. It’s been a while, but I haven’t been idle while away. I can’t help working while on holiday: there’s just too much going on in the circles of World Wide Weed to ignore my research completely. Today, I want to share some findings on an actual medical emergency, and a new way in which cannabis may offer us a way out. Yet again. Oh, that useful little plant of ours! Let me show you what I found.

Obesity Issues Growing Out Of Control

The problem I want to discuss today has everything to do with health and lifestyle, particularly eating patterns. As you probably know, stupendous numbers people all over the world are struggling with obesity. We eat too much fast food, don’t get enough exercise, and so we grow overweight. Partly because of our modern and unhealthy diet habits, the number of people affected by diabetes keeps on rising as well. In diabetes, the body fails to deal correctly with the sugar we eat, and since there is so much added sugar in just about everything we eat these days, that’s a serious problem for many people.  Make no mistake: diabetes may not sound as dangerous as, say, cancer or heart failure, but it is estimated that diabetes is the third highest cause of death in the United States at the moment. That’s weird, in fact, because most diabetes cases can be treated with simple medication that has been around for years: insulin.

So why does diabetes kill so many people, you may wonder. The problem is skyrocketing insulin prices. While costs for producing a simple bottle of insulin are estimated at just a few euros, the pharmaceutics industry charges US citizens hundreds of euros for that very same bottle. These artificially raised prices affect other western nations, too, but the lack of healthcare coverage in the States means that many Americans – mainly those in the poorest parts of the population – are facing a cruel choice: pay your medication or pay the rent. Obviously, this has turned into a lethal issue for millions of low-income diabetes patients.

While grassroots movements and governments struggle to control the ridiculous price hikes imposed by Big Pharma, some researchers have started looking for other ways to break the deadlock. As you may suspect, they once again stumbled upon that wonderful little plant of ours in their search for new cures. Although most studies are still in their early stages, it seems that a hitherto overlooked cannabinoid called THCV shows promising properties, making it a potential new ally in the ongoing battle against diabetes and inflated insulin prices.

Taking The Yum Away

The first results of a series of studies appear promising. It appears that there is much more to the chemistry of cannabis than just the power to give us the munchies. This well-known property of weed to increase our appetite, especially our craving for sugary foods, is largely due to the effects of THC, the main plant compound that gets us high. Actually, as I have mentioned before, there are dozens of different active substances in cannabis, such as the cannabinoids CBD and CBDA. Another such cannabinoid, THCV, while largely ignored by science so far, appears to have precisely the opposite effect. Recent findings suggest that THCV blocks an important reward system in the brain. This system usually prompts a mental response to food that goes along the lines of “yum, this is good stuff – quick, body, go grab us some more!” According to these novel studies, then THCV inhibits this process, and as such, serves to ‘take the yum away’ when we eat snacks. That could be a property which could be used to prevent vulnerable people from eating too much sugar. It could also prove to be a promising pathway for new preventive diabetes medication.

So Why Do The Munchies Still Exist?

As most of you will agree, smoking a big fat joint is hardly a way to tone down your appetite: we all get the munchies when we smoke, don’t we? Well, so the scientists say, that’s just because most weed contains so much THC and so little THCV. Growers have been busy cultivating strains that are extremely high in THC, ignoring what this means for other cannabinoids such as THCV. It may well be possible to cultivate new strains specifically bred for high THCV content, just like the new CBD-rich strains were developed once we figured out how useful this ‘other cannabinoid’ was. And just as CBD is helping so many people tackle a staggering range of health issues by natural means today, THCV may be the next cannabinoid that takes medical marijuana to a whole new level.

So what does this mean for the immediate future? Could cannabis prove a powerful ally in yet another battle against the pharmaceutical giants that dominate the medical world? It’s too early to tell, I fear, but there is some hope for the future for diabetes sufferers across the globe. Maybe Big Pharma will start looking into the possible benefits of THCV and other cannabinoids with renewed interest. That could help support the case for legalising medical marijuana worldwide. While that could be good news in itself, it might be even better if the newly emerging medical cannabis industry picked the ball up by itself. That way, new applications of THCV in the fight against diabetes could become available for millions of people unable to afford regular insulin. Surely, having to choose between paying the rent and getting your medications is an undesirable situation – let’s hope our cherished plant gets the opportunity it needs to make the future look sweet for all of us, diabetes or not.